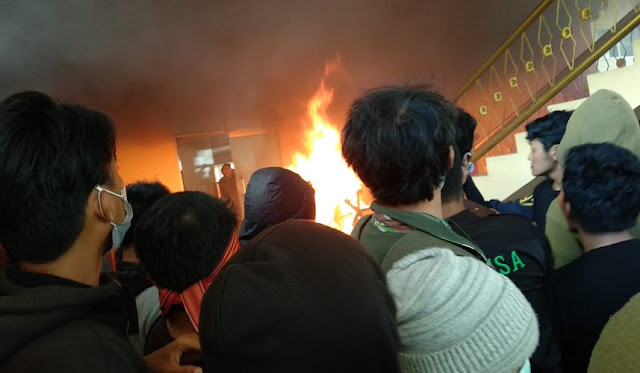 LUWUPOS.COM ■ The number of students arrested by the police for holding actions in the Indonesian Parliament to reject the Criminal Code Bill continues to grow. From the previous 200 students, there are currently 570 students.

The amount recorded includes STM and SMP students. They were secured after a demonstration in front of the Indonesian Parliament Building, Wednesday (09/25/2019).

Some of them still have exams to note. Some others have already been picked up by their parents.

"(Students already) recorded. Then his parents picked him up," he continued.

To note, today students from high schools, vocational schools, and STM took to the streets. They joined in the STM's call to fight. They even clashed and attacked the police with stones.

Hundreds of students also tried to block a portion of the Slipi overpass, West Jakarta, on Wednesday (9/25/2019) afternoon. They are busy shouting slogans that reject the Criminal Code Bill.

Various posters were placed in front of Brimob members. Posters held by them like 'Jokowi Of Shit', or Jokowi Replace with Mr. Aing.